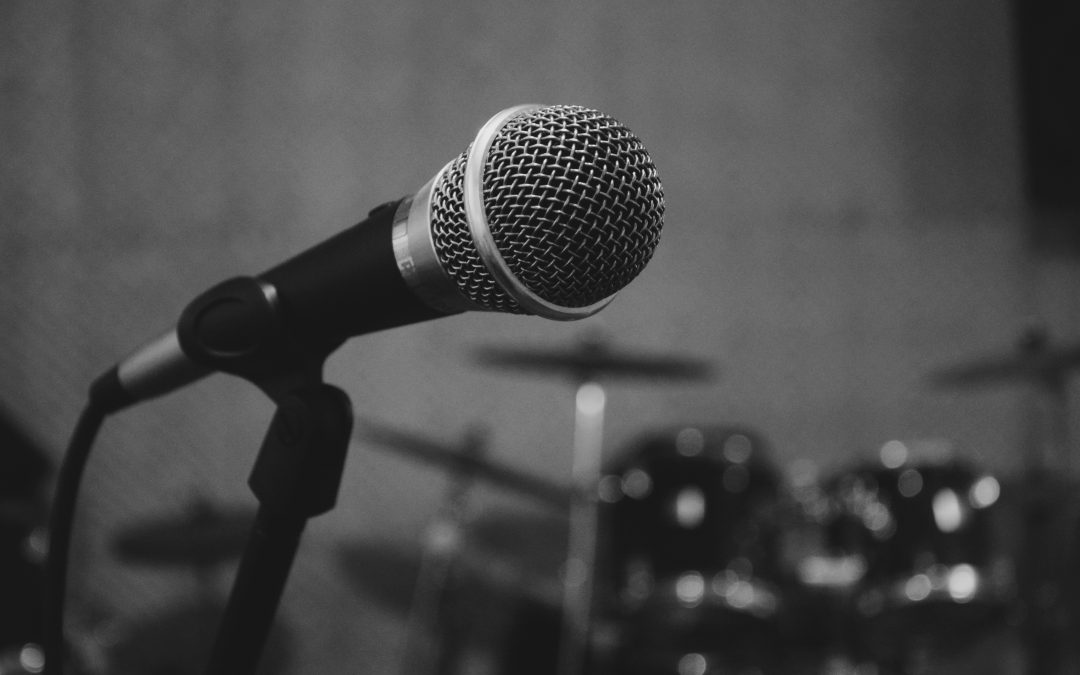 Rehearsal Will Save You

The saying goes “Failing to prepare is preparing to fail”. The thing with “just speaking” is we think that we can do it. That if we have the words and the reminders in front of us it will be fine. We are all born communicators so think it’s OK to just open our mouths and talk.

I came across the idea of rehearsal when I was part of a pitch for a BBC Radio programme. The production company I worked with made us all sit in a room and rehearse. It wasn’t scripted, we just spent the day before going over and over the content till we all know what we were saying and why we were saying it.

It was an incredible experience, and an approach only a skilled presenter (our boss at the time) would have suggested. We got to practice the words we were going to say, not just point at each other and say “you do that bit and I’ll do that bit”.

I’m not going to lie to you – it was weird and awkward sat with my colleagues revealing what I was going to say in that “sell yourself” voice I use in a pitch! The best thing about it was it gave them the chance to give me feedback (“don’t use that voice Kate”), tweak what they were going to say, and it became like a performance.

When we got into the pitch it sounded natural, and we were all able to back each other up. We coped with all the questions (yes we rehearsed those too). We were able to walk out of that pitch and truthfully say we had done everything we could have done. Thankfully we won it. And I would put the rehearsal time as one of the key factors to that.

Rehearsal means you can cope with anything.

From the first time you talk in a meeting, to the pitch being shortened all of a sudden, to reading the script handed to you, and even that break up you have planned – rehearsal can really help.

So how do you get the best out of your rehearsal time?

Say it over and over and over again. I tell clients that you need to rehearse your piece at least 6 times before you perform it. If you are reading it takes that many read-throughs before you even start to sound natural. And by putting a number on it – it makes you think about how you manage your time right?

In reality, there is a good chance that you will get your words sorted the night before and at that point, I would suggest that you at least read through once or twice so that your performance is not the first time you say it!

By rehearsing like this you are giving yourself the opportunity to set it in your mind, but most importantly you are giving your face the chance to get its muscle memory sorted! Getting your mouth around your thoughts and words as they come out the first time is tough. Give yourself the opportunity to focus on what you are saying rather than stumbling over your thoughts.

This is my favourite. This is rehearsing in front of people and they have no idea.

For example: If you want to get rid of your “erms” then practice avoiding them while in conversation today. The person you are talking to will have no idea!

A mate of mine confessed that when she realised she had to get better at presentations she would stand with her family in her kitchen and try things out, without them knowing. She’d experiment with body language, expression and words! It’s a great technique to see what works and feels right for you. And it means you don’t always have to wait for the house to be empty to start talking to yourself.

3. You Don’t Know There Until You go There

Are you afraid you are talking too fast? If so, try speaking slower. The idea of it often feels so weird that you don’t even try it. So by rehearsing speaking so slow, it feels super super weird then it enables you to discover that actually speaking at a good pace, feels more comfortable than you thought.

If you’re afraid of telling stories, in your rehearsal tell wild stories that you would never do in your pitch, just because sometimes, you might discover something you can use.

You don’t know that until you go there. Use your rehearsal time to discover quirks, fix your own limiting beliefs and talking bugs. No one will know, so just try it.

I know. You hate hearing your own voice back. I hate to break it to you: I meet very few people who are comfortable with the sound of their own voice, let alone like it. The people who do are the ones who have been broadcasting for a long time. So I need you to face into the pain of hearing yourself back because one of 2 things will happen: either you will think “that wasn’t as bad as I thought” or you will think “right I know how to make that bit better now”.

That wasn’t so tough, was it?

A lot of the time our lack of confidence is rooted in what we think we look or sound like. We think everyone can see how nervous we are. That everyone can hear the voice in our head saying “you are talking total rubbish and no one cares!”

Actually, once we see/hear ourselves our self-awareness improves and we see that no one can see that bundle of nerves rattling around inside our tummy. And that no one would have known that you made a mistake. We see we are competent, and that builds confidence.

I heard on a documentary about Prince that he would say to his band: “Novices practice. Professionals rehearse”

You are not a novice. 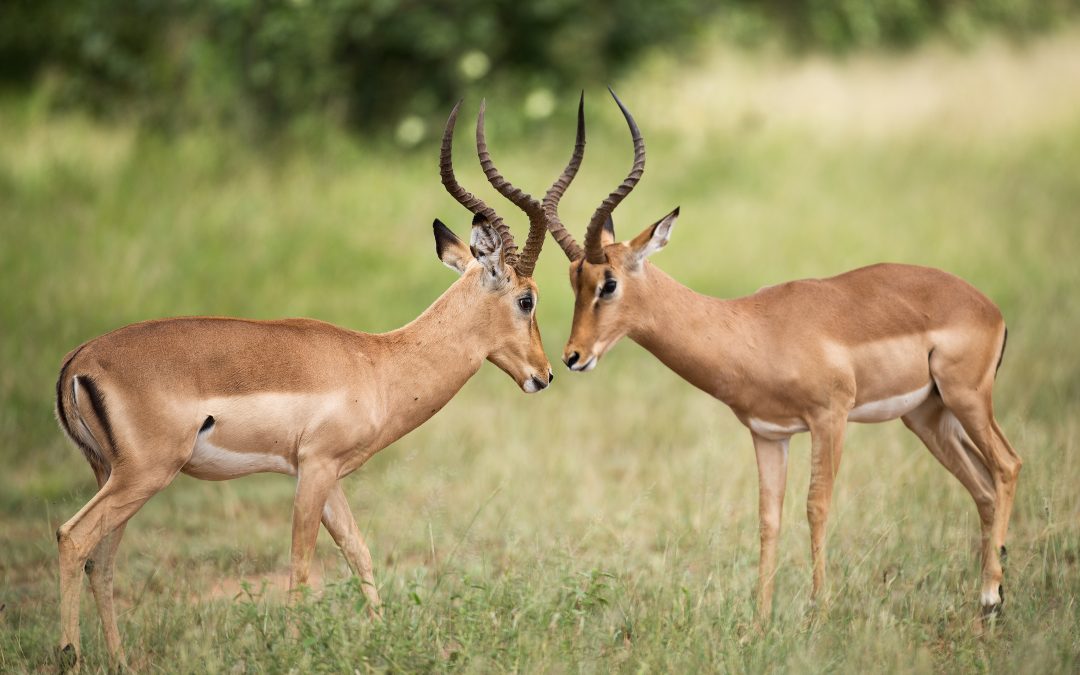 “I don’t do confrontation”

I hear this a lot. Often it’s something that’s said to avoid a difficult conversation, or an uncomfortable situation in the office. It’s a limiting belief that can mean inauthentic relationships are formed, and that progress on a project is halted.

A few weeks ago I used Emma Willis’ example of holding Roxanne Pallet to account as a “comfortable confrontation”. Emma used some of the techniques I talk about in this article.

For radio presenters “I don’t do confrontation” is the reason given for not holding guests or contributors to account. It’s understandable to feel that way, as you are often thankful for contributors and guests being on your show. Asking difficult questions feels unfair, out of character or ungrateful.

The reality is that difficult conversations are likely to happen every single day on air, or in the office. Here are some of the tips I give to help you through that unavoidable awkwardness, and to get the best from the guest.

1. Make sure you know what you want

Make sure you have a good understanding of what you want out of the conversation before you enter in to it. Set your intent. It might be to be kind, or to get the answers that your audience (or you) deserve. As a result, you will have to ask the question that plays devil’s advocate to get the answer you want.

When interviewing someone on the radio about a Cheese Festival the question: “So what are the reasons people like cheese?” Would get you so far. But “why are you celebrating cheese, it’s just a silly piece of dairy isn’t it?” Could get you a stronger, more interesting answer.

If going at it directly like this is too uncomfortable, you can distance yourself in your language to take the emotion and the personal attack out of it.

Firstly – argue the idea, evidence or behaviour, not the person. The minute you go to personal language like “you’re an idiot for thinking what you think” you have lost the productivity of the conversation.

A therapist of mine suggested to me to use the word “I” in conflict, rather than “you”. In broadcasting I am constantly telling people to use the word “you” as a way to engage their listener. It’s the most powerful word you can use for this. But in the context of difficult conversations it can be a useful tool to use I: “What I am seeing is <example> behaviour which is implying to me…” rather than “You are a really difficult person”.

On the radio it works to use phrases like “Some people might say that this is a silly Festival for Cheese – is it?” or. “What do you say to someone who says that thinks this Festival is a silly idea?”

3. Agreeing is Partial (not Impartial)

I recently spent a day coaching new radio presenters, practicing their interview technique. Their brief was to remain impartial. Presenter after presenter interviewed their contributor consistently grateful, constantly agreeing with them and guess what – it was dull. That may be unfair, but I didn’t really learn anything from the interviews. It is a common mistake to think that impartiality sits in agreeing. It’s actually the opposite.

In the on air interview, or if you are hosting a panel, it is your job to make sure you are covering the information from all angles. Using the language above (e.g. “Some people might say…”) you can put forward an opinion that may not be yours, without having to attach yourself to it. This can make the feeling of confrontation a little easier.

My husband really enjoys a debate. One time we agreed that we would go out on a family day out at 11am. At about 10.30 he and his aunt got locked into a debate about politics of some sort. We all sat there till 1pm till they came to their conclusion.

I mean, he REALLY loves a debate.

I used to hate it. My skin would crawl. I’d feel shame and discomfort. I would want to hide. And let’s be honest, no one really wants to sit around for 2 hours while you’re waiting for a heated discussion to be finished!

But then I wondered what would happen if I leaned in to it. He loves it, I would be gutted if he dismissed one of the things I love. So I decided to try joining in, rather than shutting it down, and use it as a means of practice. For some people they like the opportunity to intellectually spar, and it’s not about winning or losing, it’s about learning.

Even so, it’s so hard not to get emotional, or take it personally! But with him, I am in a safe space. He knows me, I can get my words wrong, I can correct myself, I can practice what it is to be devil’s advocate, to call things out I don’t agree with. The outcome is I am getting better at forming my words and questions in what can be an emotional state & I am better at speaking up in other situations too. And, I think my husband and I have actually found a place to connect a little more.

So find someone to practice with.

Once I embraced the discomfort, I was able to come to terms with understanding that conflict can be a route to growth, that it was something to practice and commit to getting to a more interesting place.